Top Posts
What to Expect When Your Child Is Getting...
5 Tips for Managing High-Risk Pregnancies
Residential Solar Energy Systems Are Growing in Popularity
Best Family RVs
Creative Ways to Make Your Backyard Great for...
How To Take Your Love For Crafts To...
Projects You Can Do as a Family
Essential Things to Consider When Choosing a Summer...
Make Your Home a Learning Environment for Kids
How To Support A Parent With A Premature...
Motorcycle Riding With Kids- How To Deal With...
Home Birth Stories Expecting My Second Child
Birth StoriesPregnancy

I quit my job at the beginning of September, so that I could spend one on one time with my daughter before the new baby was born.  Plus I wasn’t prepared for his arrival and wanted to get the house in order.  I was thinking that I didn’t have much time before he would be here but my baby decided that he was very comfortable living inside of my tummy.

My Due Date Has Come and Gone

The Friday before my due date, the doctor ordered me to come in several times a week for additional monitoring since my baby is no considered overdue.  They hooked me up to the monitors and watched the baby’s heart beat for an hour.  They decided to check on the baby and ordered an ultrasound.  The ultrasound tech was making sure that he had enough amniotic fluid and that there wasn’t any other problems. My amniotic fluid level was a bit on the low side but the doctors were comfortable waiting at this point.

I was getting anxious waiting for labor to come on its own, I remember that I tried eating spicy foods, walking alot, and cleaned the house spotless.  Nothing was working to get this baby moving.  The thought of drinking castor oil crossed my mind but I decided against it.  Monday morning when I woke up, I wasn’t feeling that great and didn’t even realize that I was in very early labor.  I thought I had a doctors appointment that morning so I was going to go get checked to make sure that I wasn’t in labor; however, I my appointment was actually scheduled for Tuesday.  When I told the doctors office that I wasn’t feeling well, they went ahead and sent me back for an NST to monitor the baby.  They decided to check my fluid levels one more time and my fluid was very low at this point.  It was low enough that the doctors had to get the baby out.

Time to Jump Start My Labor

I was immediately sent to labor and delivery.  They started my induction around 1pm.  I was given a dose of Cervadil to help ripen my cervix.  My contractions started shortly afterwards and after an hour my doctor checked me to see if I was progressing.  I still wasn’t dilated but I my cervix was starting to get soft and effaced.  They decided to insert another dose of Cervadil.  My contractions were coming pretty steadily but I was still able to breathe through them. There wasn’t a tv in the room that I was laboring in which made laboring pretty boring.  So I was crocheting between contractions.  It definitely helped keep my mind off of the pain and helped me focus on breathing through the contractions.

After another hour or so the nurse checked me again and I was slowly starting to dilate.  The doctors decided they wanted to start a Pitocin drip to help my labor progress further.  This increase my contractions and made them stronger and more frequent.  I remember that they were becoming a bit more painful but I was still able to breathe through them.  I did ask for some narcotic pain medicine so that I could rest.  The medicine helped me to rest between contractions which was very helpful when it came time to push.  I also think that the IV medication allowed my body to relax which allowed me to dilate very quickly.

No Time for an Epidural

I asked for an epidural once I was dilated enough to receive one.  The anesthesiologist was busy and it took him a while to get into my room.  I remember that the nurse turned me over on my side while the anesthesiologist was busy preparing to give me my epidural.  I suddenly felt a strong wave of pressure and asked the nurse checked me.  She said that I wasn’t dilated fully yet and turned me back over to my side.  Again I felt a huge urge to push, the nurse blew me off at first.  So I told her again that I felt a strong urge to push.  She decided to check me one more time and she was quite shocked.  She said that I was fully dilated and that I was ready to push, once they get me moved to the delivery room.

I was able to push him out with just a few pushes.  My son was born around 9pm.  He came so fast and furious that I never didn’t have time to get an epidural.  I learned during his birth that I could do it all naturally.   I remembered that all of the pain from the contractions went away once I was fully dilated.  I also don’t remember feeling any pain when I was pushing either.  He was born weighing in at 7lbs, 11oz and was 20 inches long.

I don’t remember all of the smaller details after his birth.  After I was moved to the recovery room, I remember breastfeeding my son.  He had a good latch and was a hungry baby after he was born.  He ate a long time and it seemed like he couldn’t get full.  I was so exhausted after not sleeping well the night before d-day, so I asked the nurses to take him to the nursery for a little while so that I could sleep.  I didn’t have any help at the hospital during the night other than the nurses.  I was able to sleep for a little bit before the nurse brought him back to eat.

Recovery from his birth was by far the easiest, I was up moving around the next morning and felt normal for the most part.  When I got home, I felt like I was back to normal except a little sleep deprived, but who isn’t after they have a new baby.  By day four, I was ready to get out of the house.

My son nursed every two hours on the dot for the first few months.  He left me sleep deprived.  I ended up breastfeeding him for about two years.

Preparing for a Natural Birth

If you plan on having an all natural birth, I suggest you to research all of the birthing methods or take a Lamaze class.  The more prepared you are for birth, the more successful you will be at having an all natural/unmedicated birth.  I was much more relaxed for my second pregnancy because I already knew what to expect.  This time I was able to use my breathing techniques that I learned in my Lamaze class that I took with my first child.

I found that I stayed relaxed if I was able to distract myself from the pain between contractions.  I found it helpful to have something to do at the hospital especially since there wasn’t a tv in the room which is rare.  Fill up your Ipod with your favorite music or use a birthing CD.  Bring a game to play or something else to do that will distract you.  Also, if your hospital room has a bath tub or shower, opt to use those, laboring in water is supposed to help relax you and reduce pain naturally.  Swaying your hips, bouncing on a birth ball, or roaming the halls are other great ways to help you labor.

If I did it unplanned so can you.  Good Luck! 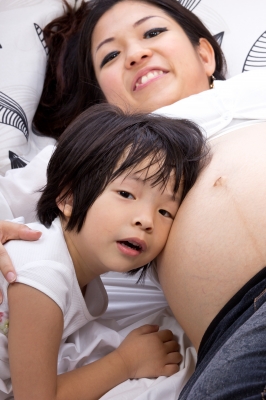 Edema: How Much Swelling During Pregnancy is Too Much? 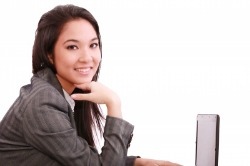 7 Ways to Have a Healthy Pregnancy 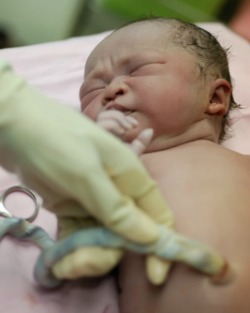 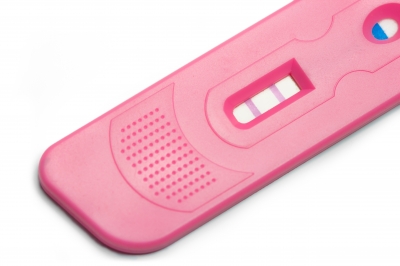 What is Implantation Bleeding? 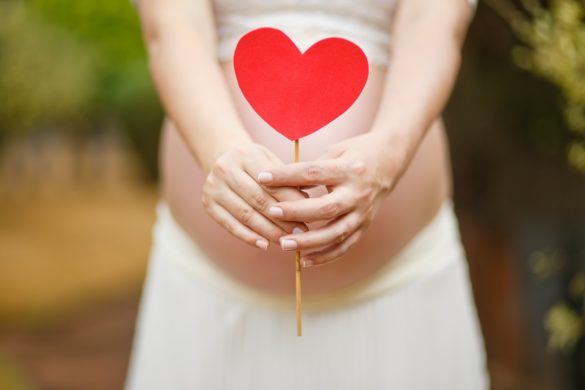 Helping Those in Need: 5 Reasons to Become an Egg Donor

Buying Maternity Clothes on A Budget

Expecting my First Baby As a Teen Mom 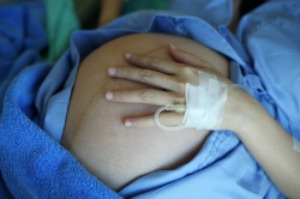 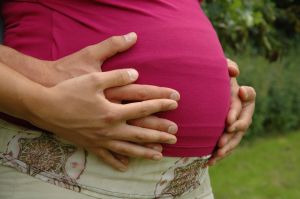